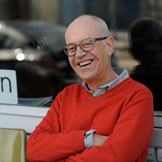 Wayne Roberts is one of Canada’s most respected food policy analysts, as well as an effective advocate for food system change. He managed the influential Toronto Food Policy Council from 2000 to 2010 and helped increase the number of food policy councils around the world from three to more than 300. He has written many books, government reports, and articles on food subjects, and taught groundbreaking university courses on food and equity.

Wayne speaks and consults on food policy around the world, including at the UN-sponsored World Nutrition Summit in Milan. Twitter ranks him as a top ten communicator globally on food policy, food systems, local food, green infrastructure, and school meals: @wrobertsfood.

His widely read blog is available at http://wayneroberts.ca/.